How rude is it, Juan Pablo looked like he had to get the last word in. sending Clare home was not bad enough but he had dissed her too, on the way.

While expressing it, it was said that, losing can be devastating when it’s a competition like The Bachelor.

It was evident from the finale especially on 10 march, how much does Juan Pablo meant to Clare. So to see him diss her after sending her home just seemed wrong.

Clare gave an another ammo when she spoke out that she never wanted someone to be father of her children like him, he did not give heed and turned to the television.

Despite of keeping quite at many occasions, and instead of being chivalrous at many other events, Juan Pablo had to diss Clare, while expressing it he said that, “I’m glad I didn’t pick her”. This way he really blurted to the world. To all his fans and her fans as well it was really unbelievable.

This all scenario was really shocking, the whole exchange, including Clare’s diss. Clare on the other hand claimed that she had a gut feeling that Juan Pablo wasn’t the one, and she also said that she had a private conversation with him before the ceremony. 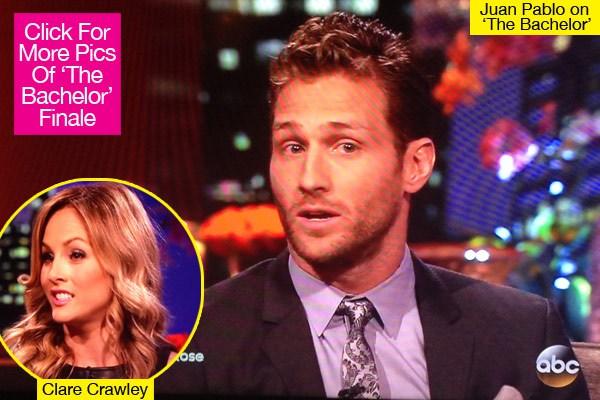