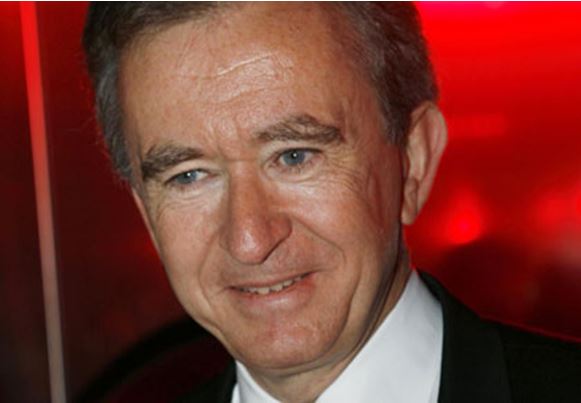 Bernard Arnault is a French billionaire who has a net worth of $36.8 billion dollars. At $36.8 billion, Arnault's net worth makes him one of the richest people in the world behind people like Warren Buffett, Bill Gates and Carlos Slim Helu. After a few failed business attempts in the United States, Bernard Arnault returned to France and purchased what would later become the luxury goods conglomerate LVMH, made up of such companies as Louis Vuitton, Dior, Moet & Chandon, and Fendi. 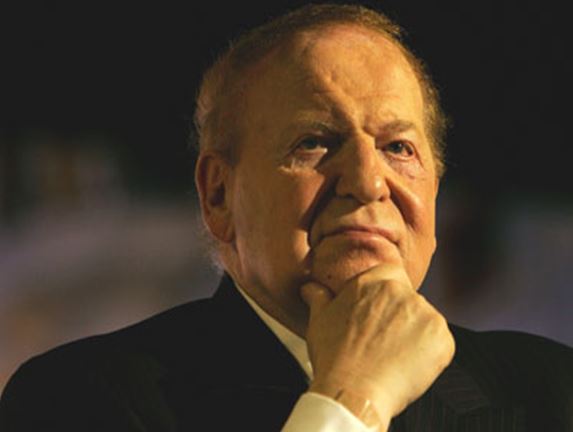 Sheldon Adelson is an American billionaire businessman who has a net worth of $37.5 billion dollars. That net worth makes Sheldon one of the richest people in the world. Adelson is the Chief Executive Officer and Chairman of he Las Vegas Sands Corp., parent company of Venetian Macao Limited, which operates the Sands Expo and Convention Center and The Venetian Resort Hotel Casino. Adelson's source of wealth originates from his partnership in creating the trade show COMDEX for the computer industry. Adelson purchased and razed the legendary Sands hotel in Las Vegas, spending $1.5-billion to construct The Venetian, an all-suite Venice-themed resort hotel and casino, in its place. The creation of the Venetian revolutionized the Las Vegas hotel industry. 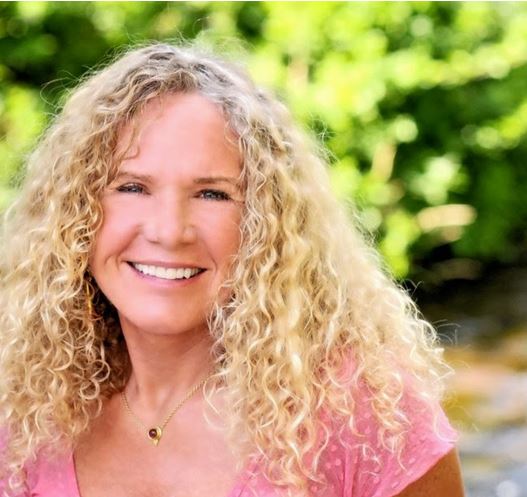 Christy Walton is an American billionaire heiress who has a net worth of $38.7 billion. As of January 2014, Christy Walton is the richest woman in the world. Christy Walton was the wife of the late John T. Walton who was the son of the late WalMart founder Sam Walton. Christy and John had one child together, a son named Lukas. After the death of her husband John, Walton inherited his fortune of $15.7 billion dollars made up mostly of Walmart stock. Christy Walton also owns a stake in a solar power company First Solar which her late husband founded before his death. 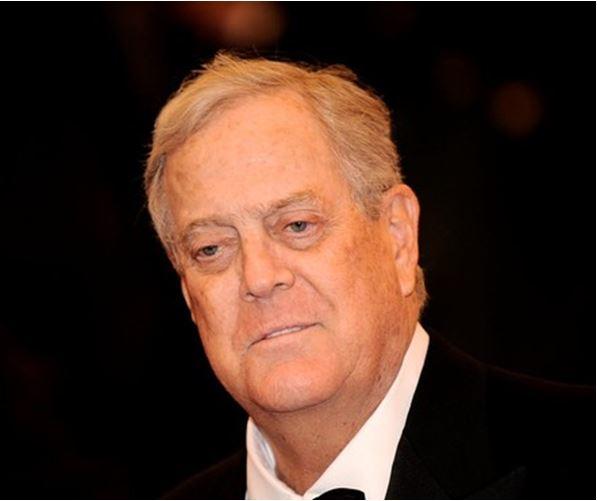 David Koch is a chemical engineer, political activist, businessman, and philanthropist who has a net worth of $41 billion. David Koch is an executive vice president and co-owner, (with older brother Charles), of conglomerate Koch Industries, the second largest privately held company in the U.S. Koch provides funds towards conservative and libertarian political causes, and is a patron of the arts. Koch is rumored to be linked to the right-wing conservative group the Tea Party movement, which opposes the majority of U.S. President Barack Obama's legislative agenda and policies. David Koch was the vice-presidential candidate for the Libertarian Party in the 1980 presidential election. As a philanthropist Koch has pledged and/or donated over $600 million to medical research, education, and the arts since 2000. 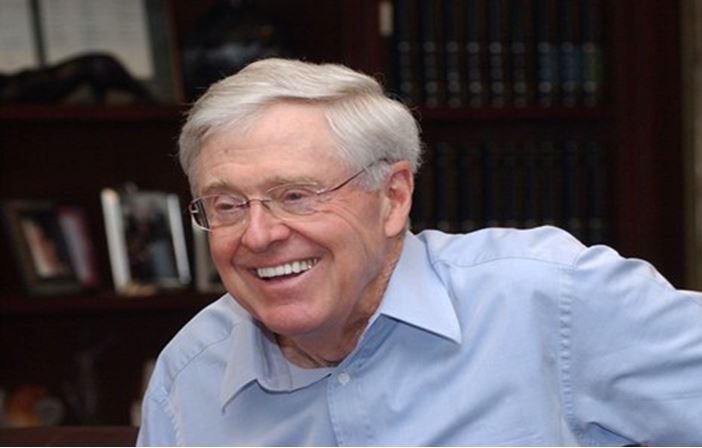 Charles Koch is an American business magnate who has a net worth of $41 billion. Charles Koch (pronounced "coke") is a political activist, businessman, chief executive officer and chairman of the board of Koch Industries, Inc. and co-owner (with younger brother David) of the Koch business. Koch provides funds towards libertarian and conservative political causes. Charles Koch is rumored to be linked to the right-wing conservative group the Tea Party movement, opposing much of U.S. President Barack Obama's legislative agenda and policies. Charles Koch supports and funds libertarian and free-market organizations. Koch co-founded the Cato Institute with Edward H. Crane and Murray Rothbard in 1977. Koch industries is the 2nd largest privately held company in the US. He is also an author and philanthropist and co-founded three charities. 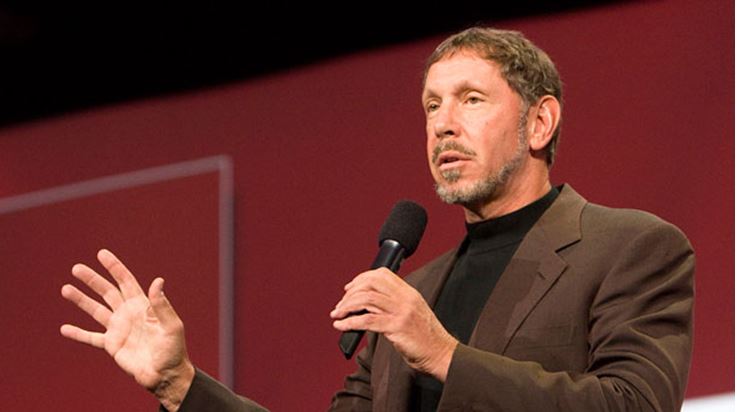 Larry Ellison is an American entrepreneur billionaire who has a net worth of $51.5 Billion. Larry Ellison is the founder and CEO of software giant Oracle. Ellison's $51.5 billion net worth makes him the fifth richest person in the world behind Carlos Helu, Bill Gates, Warren Buffett and Amancio Ortega . Coming in as the fifth richest person in the world isn't the ideal outcome for an uber-competitive captain of industry, but in the case of Oracle CEO Larry Ellison, he can't really complain. 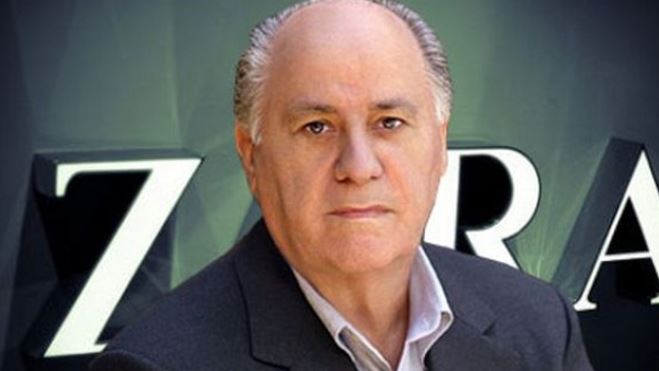 Amancio Ortega Gaona is a Spanish fashion executive and entrepreneur who has a net worth of $62.6 billion. Amancio Ortega has accumulated this net worth through many years in the fashion industry and is most notable as the founder and owner of retail store Zara. Amancio Ortega Gaona has been characterized by his extreme secrecy and low profile despite the fact that he is the fifth richest person in the world behind Carlos Helu, Bill Gates, Warren Buffett, Ingvar Kamprad, Bernard Arnault and Larry Ellison. Amancio is the richest person in Spain and the second richest person in all of Europe. Ortega has never given a public interview, and in contrast to his work in the world of high fashion is most often seen in a pair of blue jeans and a T-shirt. Make no mistake, though: His low profile does not mean that he is a "do nothing" executive. He is said to have a major hands-on role in his company the Inditex group, which includes such respected fashion brands as Zara, Massimo Dutti, Oysho, Zara Home, Kiddy's Class, Tempe, Stradivarius, Pull and Bear/Often and Bershka. At 75 years old, though, Gaona has shown signs of slowing down. He recently announced his retirement from the day to day operations of Inditex, and that by the vice president and CEO of Inditex, Pablo Isla, will be taking his place at the head of the company. 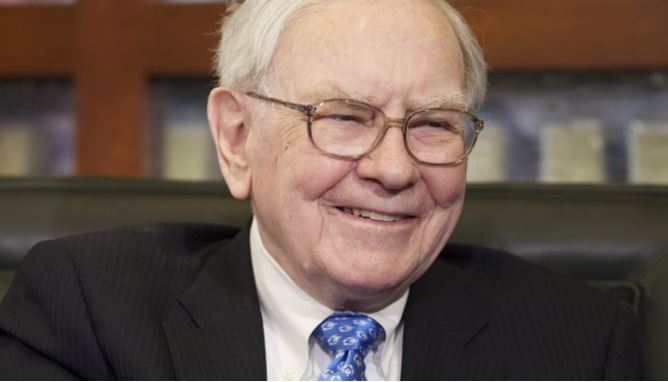 Warren Buffett is the third richest person in the world who has a net worth of $65.6 billion. Warren Buffett is arguably the most famous and successful investor in history. If you had invested $10,000 with Warren Buffett in 1966, today you would have $300 million! That same $10,000 invested in the S&P would be $140,000. Warren Buffett has pledged to give away 99% of his net worth to charity. 83% of the money will go to The Bill and Melinda Gates foundation. That equates to roughly $41 billion which makes it the largest charitable gift in human history. Buffett's philanthropy has inspired other billionaires to pledge at least 50% of their net worth to charity in their lifetimes as well, a truly remarkable accomplishment. 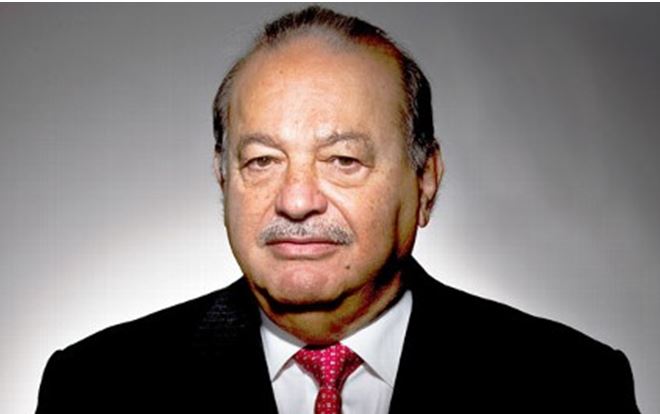 Carlos Slim Helu is a Mexican businessman and the second richest person in the world who has a net worth of $70.7 billion. Carlos Slim Helu was born January 28, 1940 in Mexico City, Mexico. He is a businessman, philanthropist, and engineer largely focused on the telecommunications industry in Mexico. Slim has a substantial influence over the telecommunications industry in Mexico and much of Latin America. He controls Telefonos De Mexico, TelCel, and America Movil. He maintains an active involvement in the companies, but his three sons Carlos, Marco Antonio, and Patrick, run the firms on a day to day basis. Slim was able to raise money for a telecommunications business by purchasing standby letters of credit which allowed him to obtain guaranteed loans which provided the capital. 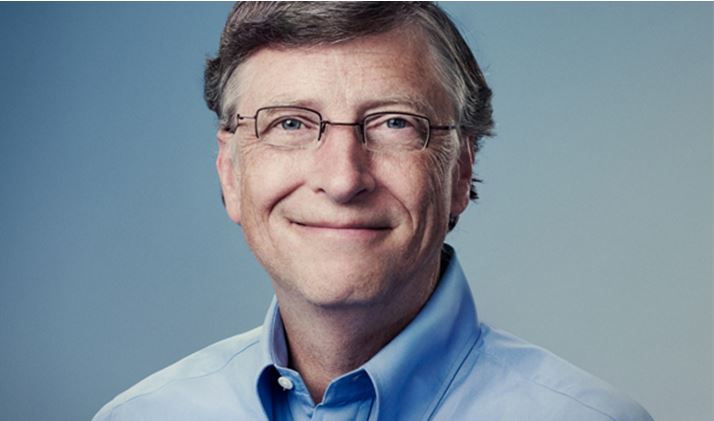 Bill Gates is an American business magnate, chairman of Microsoft, philanthropist, author, and the richest person in the world who has a net worth of $78 billion dollars. Gates co-founded the software company Microsoft with Paul Allen, and is known as one of the premiere entrepreneurs of the personal computer revolution. Gates graduated from Lakeside School in 1973, scoring 1590 out of 1600 on the SAT, and enrolled at Harvard College in the autumn of 1973. Gates and his wife combined three family foundations to create the charitable Bill & Melinda Gates Foundation in 2000, the largest transparently operated charitable foundation in the world. Gates announced on June 15, 2006 that he would transition out of his day-to-day role at Microsoft over the next two years in order to dedicate more time to philanthropy.