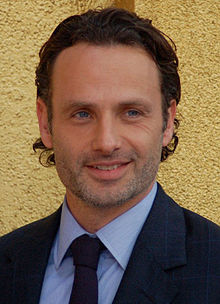 Bio: Andrew Lincoln is an English actor. He first became known for playing the role of Egg in the BBC drama This Life, followed by other roles such as Simon in the Channel 4 sitcom Teachers and Mark in the British romantic comedy film Love Actually. His height is 1.78 m.

Are you a Fan of Andrew Lincoln? Upload an Image Here
Comments