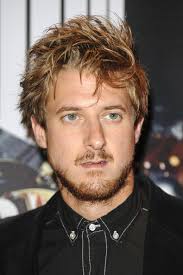 Bio: Thomas Arthur Darvill is an English actor, known professionally as Arthur Darvill. He is noted for his work in the plays Terre Haute and Swimming with Sharks , but is best known for his role as Rory Williams, one of the Eleventh Doctor's companions in the television series Doctor Who. His height is 1.80 m.

Are you a Fan of Arthur Darvill? Upload an Image Here
Comments