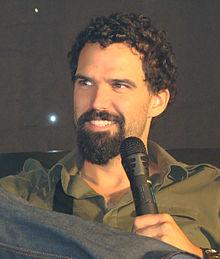 Bio: Benjamin James Ayres is an actor director photographer best known for his role as Casper Jesperson aka Cancer Cowboy the chainsmoking sex addict who is morbidly obsessed with death in the critically acclaimed cult hit CBC Television series jPod based on the Douglas Coupland novel of the same title. He is currently filming the second season of the CTV series Saving Hope and also recurs on the Gemini Awardwinning HBO Canada series Less Than Kind for which he has nominated for a Canadian Screen Award.

Are you a Fan of Benjamin Ayres? Upload an Image Here
Comments