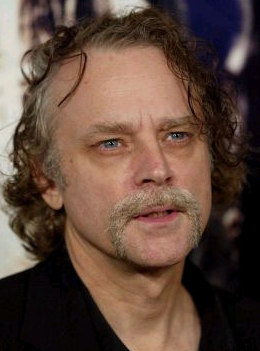 Bio: Bradford Claude "Brad" Dourif is an American actor, voice artist, and comedian who gained early fame for his portrayal of Billy Bibbit in One Flew Over the Cuckoo's Nest, and has since appeared in a number of memorable roles.

Are you a Fan of Brad Dourif? Upload an Image Here
Comments