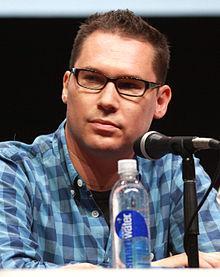 Bio: Bryan Jay Singer is an American film director, writer and producer. Singer won critical acclaim for his work on The Usual Suspects and is especially wellknown among fans of the science fiction and superhero genres for his work on the XMen films and Superman Returns.

Are you a Fan of Bryan Singer? Upload an Image Here