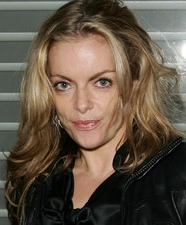 Bio: Cathy Gordon Brown was an Independent candidate for President of the United States in the United States presidential election, 2000, with ballot access only in her home state of Tennessee where she received 1,606 votes, which was more than either third party candidates Howard Phillips and John Hagelin , or fellow Tennessee independent Randall Venson received.

Are you a Fan of Cathy Gordon Brown? Upload an Image Here
Comments