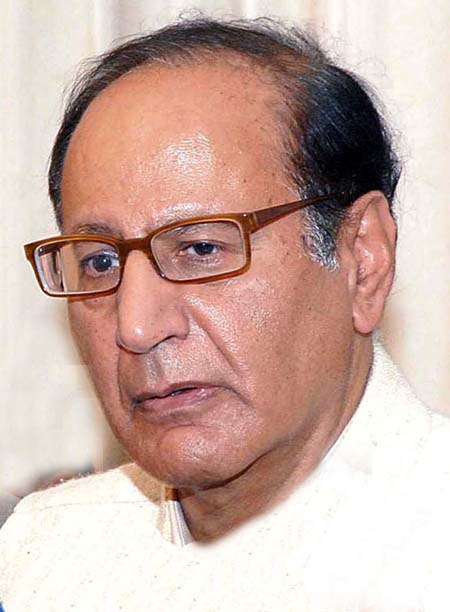 Bio: Chaudhry Shujaat Hussain (January 1946), is a senior conservative politician hailing from Gujrat and business oligarch who previously served as the 14th Prime minister of Pakistan from 30 June 2004 on a temporary basis during a transitional period to accommodate Shaukat Aziz till 28 August 2004..He hails from the province of the Punjab where his cousin Chaudhry Pervez Elahi is serving as Chief Minister. Though he suffers from poor health and has at times been described as politically inarticulate, Currently he has been selected as a member of senate.

Are you a Fan of Chaudhry Shujaat Hussain? Upload an Image Here