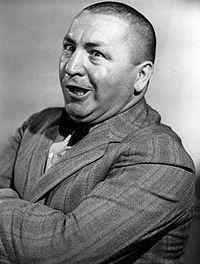 Bio: Jerome Lester Jerry Horwitz better known by his stage name Curly Howard was an American comedian and vaudevillian actor. He was best known as the most outrageous member of the American slapstick comedy team The Three Stooges which also featured his older brothers Moe Howard and Shemp Howard and actor Larry Fine.

Are you a Fan of Curly Howard? Upload an Image Here
Comments