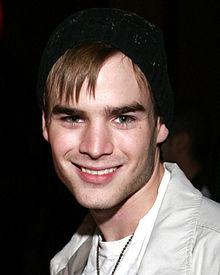 Bio: David Lee Gallagher is an American actor. Beginning a prolific career as a child actor and model at the age of two Gallagher is a fivetime Young Artist Award nominee and Teen Choice Award winner best known for his role as Simon Camden on the longrunning television series 7th Heaven as well as for his feature film roles as Mikey Ubriacco in Look Whos Talking Now as Kevin Harper in Angels in the Endzone and as Richie Rich in Richie Richs Christmas Wish.

Are you a Fan of David Gallagher? Upload an Image Here
Comments