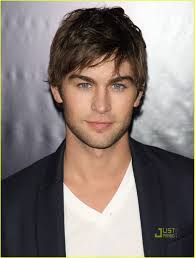 Bio: Edward "Ed" Westwick is an English actor and musician who is best known for his role as Chuck Bass on The CW television drama Gossip Girl. He has also appeared in films such as S. Darko, Chalet Girl, J. Edgar, and Romeo and Juliet.

Are you a Fan of Ed Westwick? Upload an Image Here
Comments