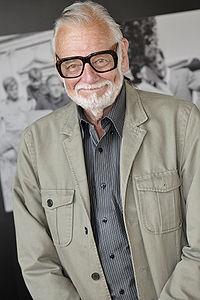 Bio: George Andrew Romero is an American-Canadian film director, film producer, screenwriter and editor, best known for his series of gruesome and satirical horror films about a hypothetical zombie apocalypse, beginning with Night of the Living Dead.

Are you a Fan of George A. Romero? Upload an Image Here
Comments