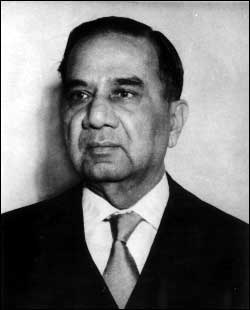 Bio: useyn Shaheed Suhrawardy was born on September 8, 1892, in an illustrious Muslim family from Midnapore in West Bengal, India. Suhrawardy worked closely with C R Das, Muhammad Ali Jinnah and Mahatma Gandhi during the Indian independence movement, and was the political mentor of Sheikh Mujibur Rahman

Are you a Fan of Huseyn Shaheed Suhrawardy? Upload an Image Here
Comments