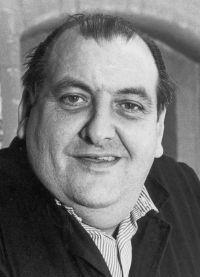 Bio: John Dair was an English actor who appeared in many television productions over a 25 year period. Large and burly in appearance he is perhaps best remembered for his roles as Harry Grouts bodyguard Crusher in the sitcom Porridge and as Charlie Dawson in the drama Our Friends in the North.

Are you a Fan of John Dair? Upload an Image Here
Comments