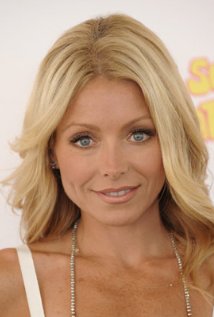 Bio: Kelly Maria Ripa is an American actress, talk show host, and television producer. Ripa, who played Hayley Vaughan on the television soap opera All My Children is best known as co-host of the popular syndicated morning talk show Live! with Kelly and Michael.

Are you a Fan of Kelly Ripa? Upload an Image Here
Comments