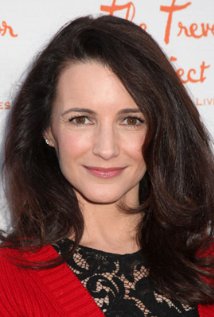 Bio: Kristin Landen Davis is an American actress. She first rose to prominence and achieved fame for playing the role of Brooke Armstrong on Melrose Place and went on to achieve greater success as Charlotte York Goldenblatt on HBO's Sex and the City.

Are you a Fan of Kristin Davis? Upload an Image Here
Comments