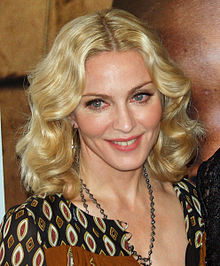 Bio: Madonna Louise Ciccone is an American singer, songwriter, actress, and businesswoman. She achieved popularity by pushing the boundaries of lyrical content in mainstream popular music and imagery in her music videos, which became a fixture on MTV.

Are you a Fan of Madonna? Upload an Image Here