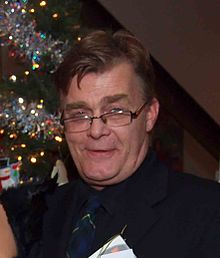 Bio: Nicholas Campbell , sometimes credited as Nick Campbell, is a Canadian actor and filmmaker, who has won three Gemini Awards for acting. The movies Naked Lunch, Prozac Nation and the TV series Da Vinci's Inquest are some examples of his acting work.

Are you a Fan of Nicholas Campbell? Upload an Image Here
Comments