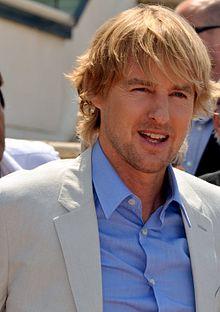 Bio: Owen Cunningham Wilson is an American actor and screenwriter born in Dallas, Texas. He is the middle child of three brothers; siblings Andrew and Luke Wilson are also actors. Wilson is known for his long association with the filmmaker Wes Anderson, having shared co-writing and acting credits in the films Bottle Rocket , which was his acting debut, and The Royal Tenenbaums , which was nominated for an Academy Award for Best Original Screenplay, and for his collaborations with fellow actor Ben Stiller.

Are you a Fan of Owen Wilson? Upload an Image Here
Comments