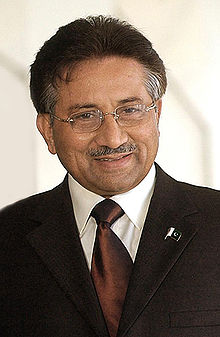 Bio: Pervez Musharraf was born on Born August 11, 1943.He fought in the 1965 war between Pakistan and India. In the 1971 war with India, he served as company commander in the Special Service Group Commando Battalion. Musharraf became general and chief of army staff in 1998.Musharraf rose to national prominence after being appointed a four-star general in October 1998 by then-Prime Minister Nawaz Sharif.

Are you a Fan of Pervez Musharraf? Upload an Image Here