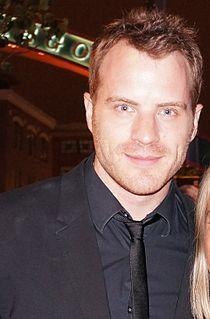 Bio: Robert Kazinsky is an English film, stage and television actor and model. He is best known for his appearances as Casper Rose in the Sky One drama Dream Team, Sean Slater in the BBC One soap opera EastEnders, Chuck Hansen in Guillermo Del Toro's film Pacific Rim and Ben Flynn/Macklyn Warlow in Season 6 of HBO's True Blood in 2013.

Are you a Fan of Robert Kazinsky? Upload an Image Here
Comments