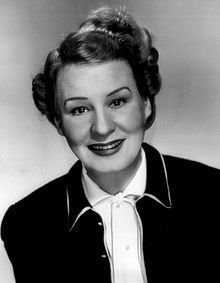 Bio: Shirley Booth was an American actress. Primarily a theater actress, Booth's Broadway career began in 1925. Her most significant success was as Lola Delaney, in the drama Come Back, Little Sheba, for which she received a Tony Award in 1950.

Are you a Fan of Shirley Booth? Upload an Image Here
Comments