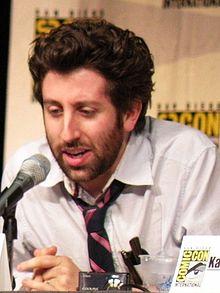 Bio: Simon Helberg is an American actor voice actor and comedian best known for his role as Howard Wolowitz in the sitcom The Big Bang Theory currently in its seventh season for which he won the Critics Choice Television Award for Best Supporting Actor in a Comedy Series. He has appeared on the sketch comedy series MADtv and is also known for his role as Moist in the Joss Whedonled web miniseries Dr.

Are you a Fan of Simon Helberg? Upload an Image Here
Comments