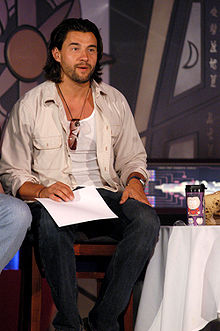 Bio: Steve Bacic is a Canadian actor of Croatian origin. He is known for playing the character Telemachus Rhade on the Sci-Fi series Gene Roddenberry's Andromeda. After being a guest star in season 1-3, he joined the cast early in season four.

Are you a Fan of Steve Bacic? Upload an Image Here
Comments