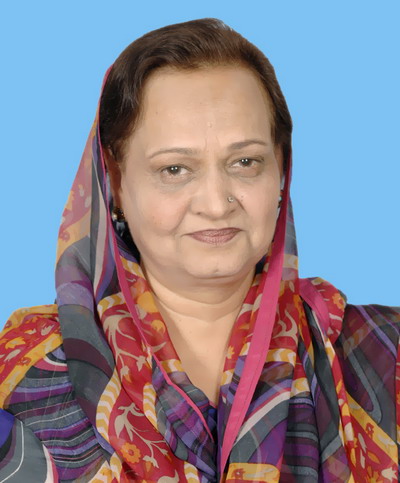 Bio: Tahira Aurangzeb w/o Raja Aurangzeb, was born on 3 April,1949 in Rawalpindi, Pakistan. She became MNA on party ticket of PML(N).

Are you a Fan of Tahira Aurangzeb? Upload an Image Here
Comments