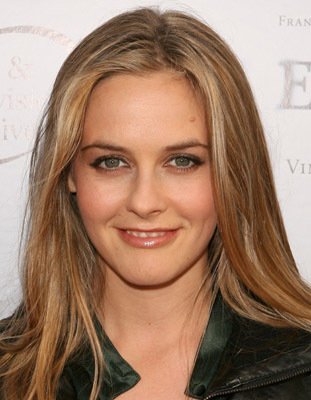 Bio: Alicia Silverstone is an American actress, film and television producer, author, and animal rights and environmental activist. Silverstone made her film debut in The Crush, earning the 1994 MTV Movie Award for Best Breakthrough Performance, and gained further prominence as a teen idol when she appeared in three music videos for the band Aerosmith.

Are you a Fan of Alicia Silverstone? Upload an Image Here