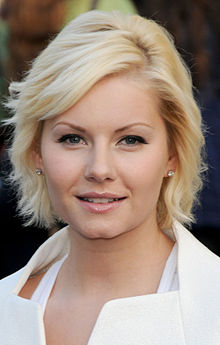 Bio: Elisha Ann Cuthbert is a Canadian film and television actress. Cuthbert began her career as the co-host of the Canadian children's television series Popular Mechanics for Kids . Since then her best known television roles have been as Kim Bauer on the FOX action-thriller series 24 and as Alex Kerkovich on the ABC ensemble comedy series Happy Endings .

Are you a Fan of Elisha Cuthbert? Upload an Image Here
Comments