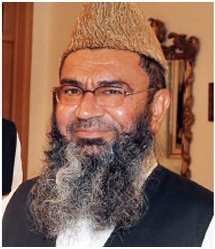 Bio: Hafiz Abdul Kareem was born(17 Sept,1948) in Khaya Ban-E- Sarwar, Pakistan. He has been selected as a Member National Assembly in 2013 elections as a member of PML(N).

Are you a Fan of Hafiz Abdul Kareem? Upload an Image Here
Comments