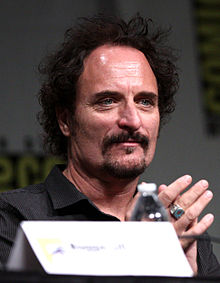 Bio: Kim Coates is a Canadian-American actor who has worked in both Canadian and American movies and television series. He has worked on Broadway portraying Stanley Kowalski in A Streetcar Named Desire and in the lead role of Macbeth performed at the Stratford Theatre.

Are you a Fan of Kim Coates? Upload an Image Here
Comments