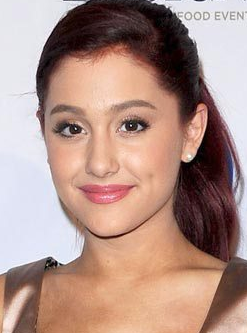 Bio: Ariana Grande-Butera, known professionally as Ariana Grande, is an American recording artist and actress. She grew up in Boca Raton, Florida, where she attended North Broward Preparatory School.

Are you a Fan of Ariana Grande? Upload an Image Here