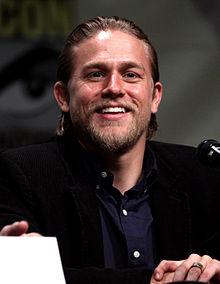 Bio: Charles Matthew Charlie Hunnam is an English actor and screenwriter. He is known for his roles as Nathan Maloney in the Channel 4 drama Queer as Folk 1999 Lloyd Haythe in the Fox comedy series Undeclared 2001 Pete Dunham in the film Green Street 2005 Jackson Jax Teller in the FX series Sons of Anarchy and Raleigh Becket in the film Pacific Rim 2013.

Are you a Fan of Charlie Hunnam? Upload an Image Here
Comments