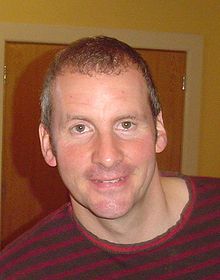 Bio: Chris Barrie is a British actor, comedian and impressionist. He first achieved success as a vocal impressionist, notably in the ITV sketch show Spitting Image. He is best known for his roles as Arnold Rimmer in the sci-fi sitcom Red Dwarf, as Gordon Brittas in the BBC sitcom The Brittas Empire and as Lara Croft's butler Hillary in the Tomb Raider franchise films.

Are you a Fan of Chris Barrie? Upload an Image Here
Comments