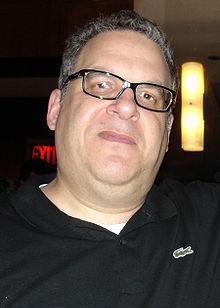 Bio: Jeffrey "Jeff" Garlin is an American comedian, actor, producer, voice artist, director, writer, podcast host and author. He has acted in many television shows and some movies, but is best known for his role as Jeff Greene on the HBO show Curb Your Enthusiasm.

Are you a Fan of Jeff Garlin? Upload an Image Here
Comments