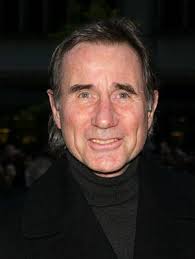 Bio: Jim Dale, MBE is an English actor, voice artist, singer and songwriter. He is best known in the United Kingdom for his many appearances in the Carry On series of films and in the US for narrating the Harry Potter audiobook series, for which he received two Grammy Awards, and the ABC series Pushing Daisies.

Are you a Fan of Jim Dale? Upload an Image Here
Comments