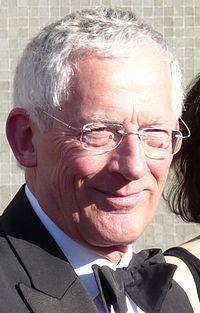 Bio: Nicholas Radbourn "Nick" Hewer is a British former public relations consultant-turned-television personality and television presenter, who lives in Northamptonshire, England. He is probably best known for his role as Lord Sugar's advisor on the UK version of the BBC television show The Apprentice.

Are you a Fan of Nick Hewer? Upload an Image Here
Comments