Gennifer Flowers, a former model who had an extramarital sexual encounter with Bill Clinton in the 1980s, has reportedly accepted an invitation to sit in the front row during Hillary Clinton’s presidential debate with Donald Trump on Monday night. 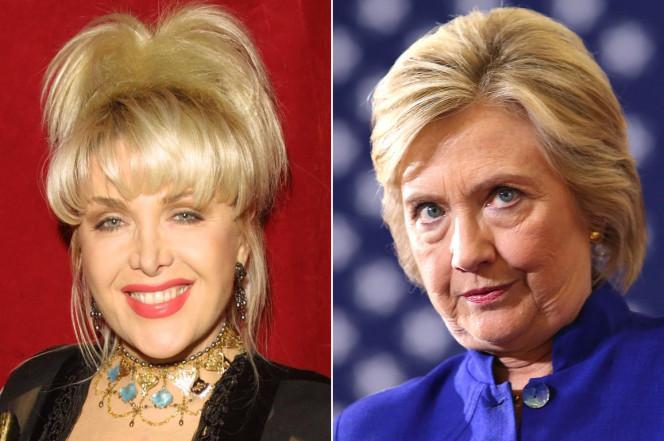 Flowers herself appeared to confirm The report on Saturday, writing on Twitter: “Hi Donald. You know I’m in your corner and will definitely be at the debate!”

Nine years earlier, however, Flowers said she would support Hillary Clinton in her first presidential campaign. Speaking in 2007, Flowers said: “I can’t help but want to support my own gender.”

She added: “I don’t have any interest whatsoever in getting back out there and bashing Hillary Clinton.”

It was a shot at Clinton’s decision to seat Cuban, a frequent Trump critic, in the front row as her debate guest, and a signal that the Republican nominee might dredge up past Clinton scandals as ammunition. 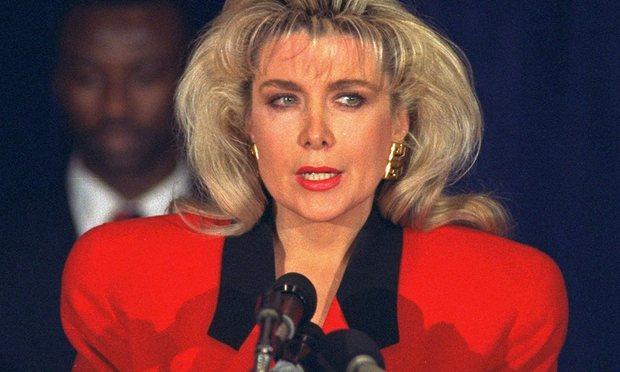 The Trump campaign and Flowers did not immediately respond to requests for comment.

The spectacle of the buxom blond lounge singer shooting daggers at Hillary Clinton — perhaps just a few seats away from her former lover, Bill Clinton, who is expected to attend — would only draw more eyeballs to a debate already expected to attract 100 million viewers.

Clinton was reportedly spending the weekend preparing for Monday’s debate, which will be held at Hofstra University in New York. Trump was scheduled to address a rally in Roanoke, Virginia, on Saturday evening.

Speaking to Fox News on Monday, Trump said that out of “respect” for Clinton he would not be “looking” to pursue such attacks. “I don’t know what I’m going to do exactly,” he said. “It depends on what level she hits you with, if she’s fair, if it’s unfair, but certainly I’m not looking to do that.”

Flowers came to national prominence in January 1992, when Bill Clinton first campaigned for the White House, with an allegation of a 12-year affair and tapes of conversations between the two.

Clinton initially denied the claim, but admitted in a 1998 deposition in a sexual harassment suit that he had had a single sexual encounter with Flowers. Beginning in 1999, Flowers pursued a defamation suit against Hillary Clinton and two Clinton aides, James Carville and George Stephanopoulos. It was dismissed.