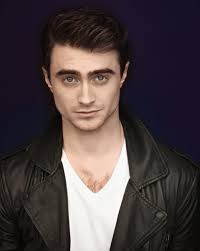 Bio: Daniel Jacob Radcliffe is an English actor who rose to prominence playing the title character in the Harry Potter film series. Radcliffe made his acting debut at age ten in BBC One's 1999 television movie David Copperfield, followed by his film debut in 2001's The Tailor of Panama.

Are you a Fan of Daniel Radcliffe? Upload an Image Here