The 2014 MTV Movie Awards were held on April 13, 2014 at the Nokia Theatre in Los Angeles, California. The award show was hosted by late night personality Conan O'Brien. The nominees were announced on the morning of March 6, 2014.

Along with interesting categories like Best scared A** performance, best shirt less performance and #WTF movement the show was focused on the movies actually loved by the audience to get the recognition they deserve. 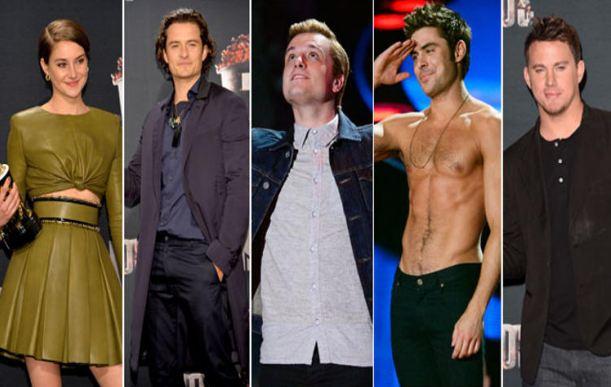 ‘The Hunger Games: Catching Fire’was named the winner of the Movie of the Year prize along with Jennifer Lawrence and Josh Hutcherson each took home a prize for their starring roles in the movie. Orlando Bloom and Evangeline Lilly beat the couple above in the Best Fight category.

The winners of the award show were following.

Movie of the Year : The Hunger Games: Catching Fire

Best Cameo : Rihanna – This Is the End